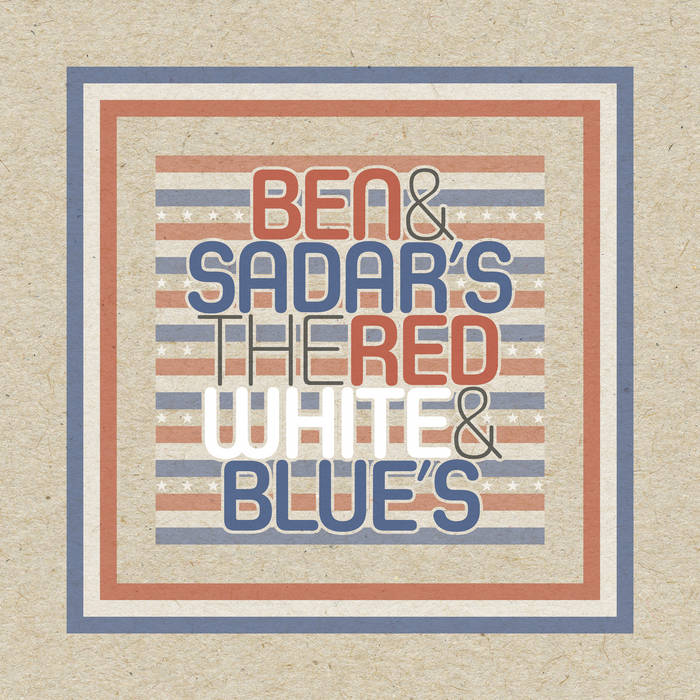 Hugely respected both as a DJ and authority on rare disco, funk and his own brand of ‘Soul In The Hole’, Chicago’s Sadar Bahar joins forces with Dutch synth-obsessive Ben Spaander for a very special 12” release, “The Red, White & Blue’s”.

A regular fixture at the world’s most discerning parties including Southport, Soundwave and Helsinki’s Flow Festival, Sadar Bahar first joined forces with BBE in 2012, releasing acclaimed (and highly sought after) compilation album ‘Soul In The Hole’. Better known as Cosmic Force, electro veteran Ben Spaander has amassed an enviable array of synths in his Utrecht studio, using them to devastating effect in his productions and live shows.

Starting out working only with Ben’s synth collection and Sadar’s supreme ear for the groove, the pair soon enlisted help from some talented sax, guitar and keyboard players to give their new project a delightfully organic, live sound. Following hot on the heels of their debut release (‘We Are Righteous People’ on Rush Hour), ‘The Red White & Blue’s’ comprises four heavy grooving dance-floor cuts of varying shades.

‘Electronic Frequencies’ sounds like an early Chicago House track, with a hypnotic synth bassline and insistent kick drum punctuated by sensual spoken word vocals and jazzy guitar licks. ‘Fast Trumpet’ lives up to it’s title with a frenetic disco rhythm and looping brass samples giving way to an ultra-funky wah-wah guitar jam. ‘Binaries In Love’ is a disco/funk workout of epic proportions; the dizzying interplay between live sax and guitar giving a classic feel to the rock-solid groove. Finally ‘East River Throwdown’ gives a nod to b-boys and b-girls across the world, touching on one of the most iconic breaks of all time while adding a near-scandalous layer of smooth jazz-funk.

An exciting partnership from two artists brought together simply through a love of music, the energetic, joyful nature of these tracks lends them a wide and instant appeal. Coming soon to a dance-floor near you. Expect smiling faces.

Bandcamp Daily  your guide to the world of Bandcamp

outré black metal, with a Victory Over the Sun interview and music from Liturgy and Jute Gyte.